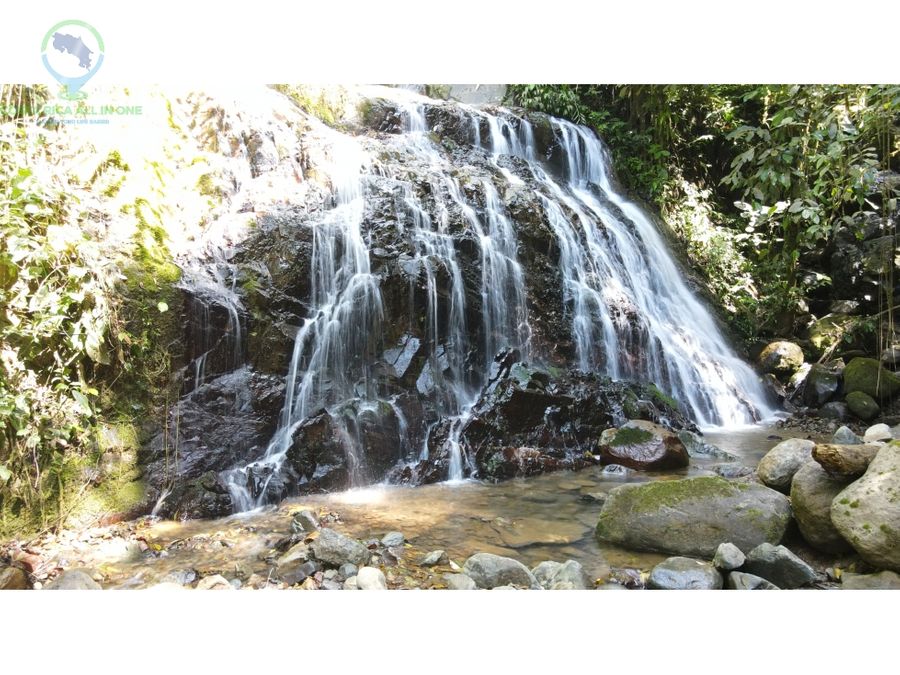 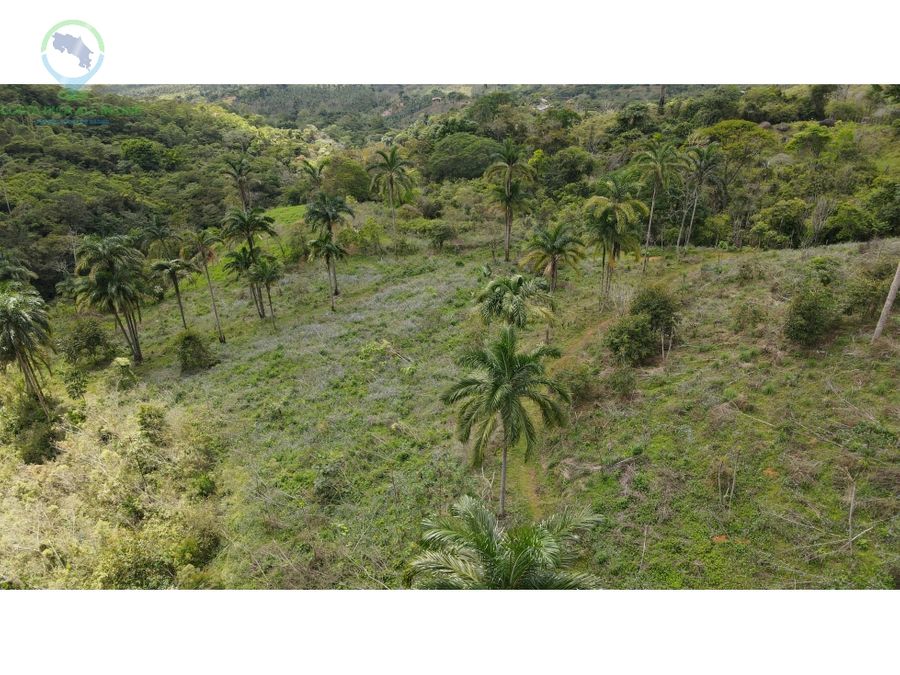 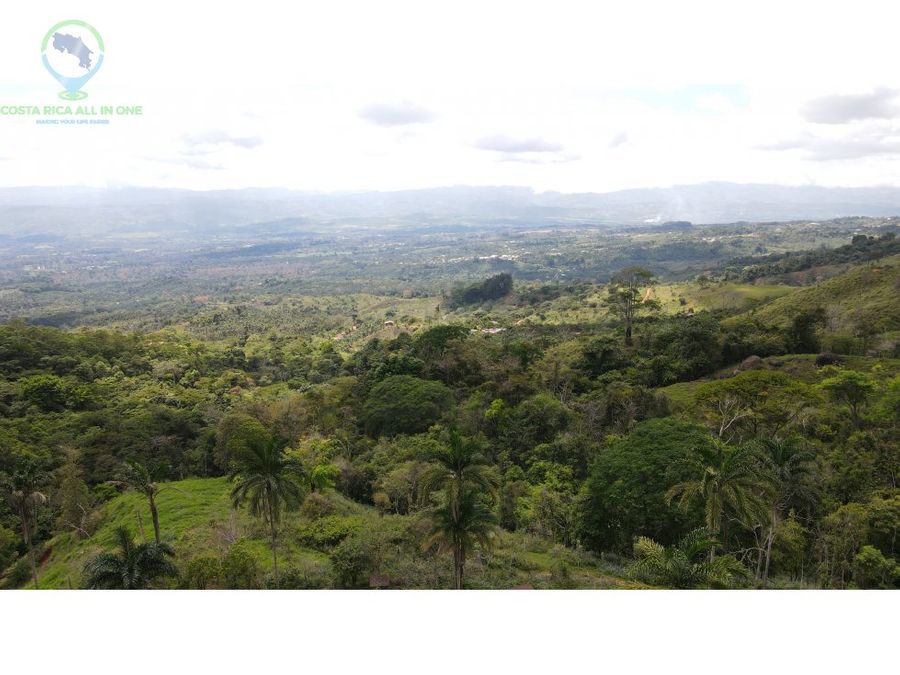 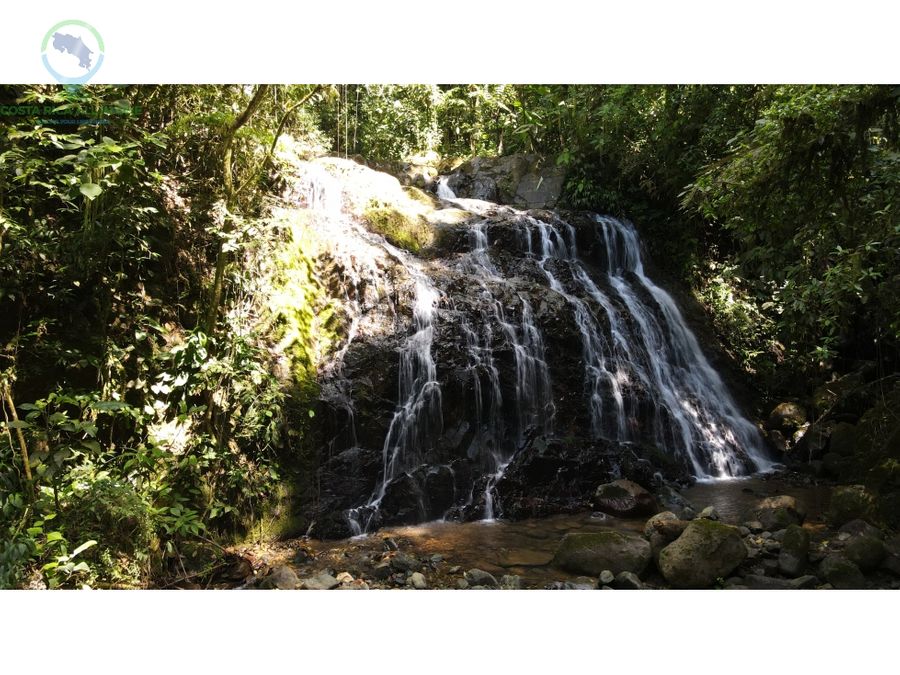 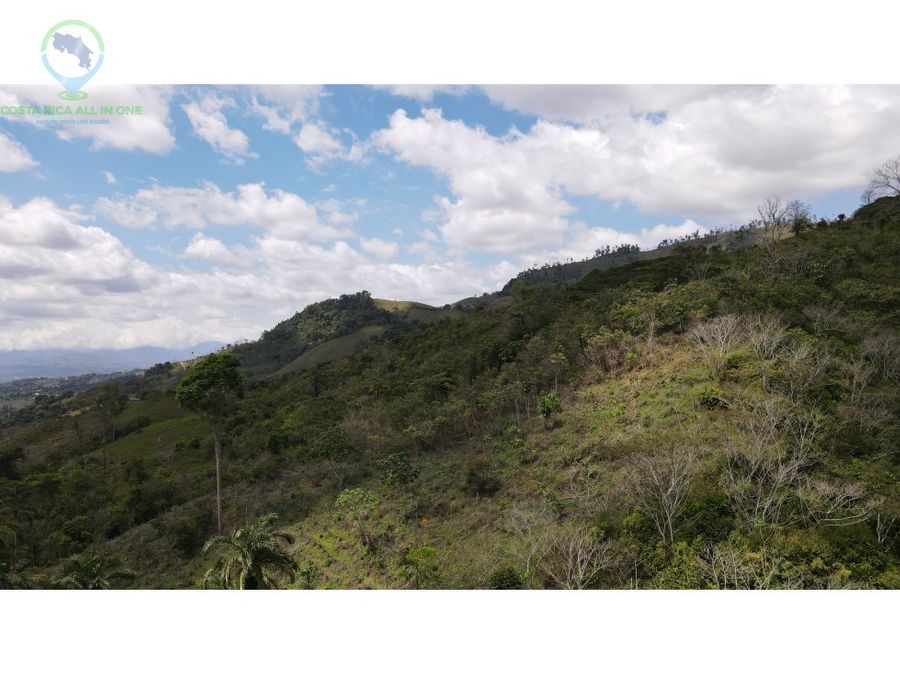 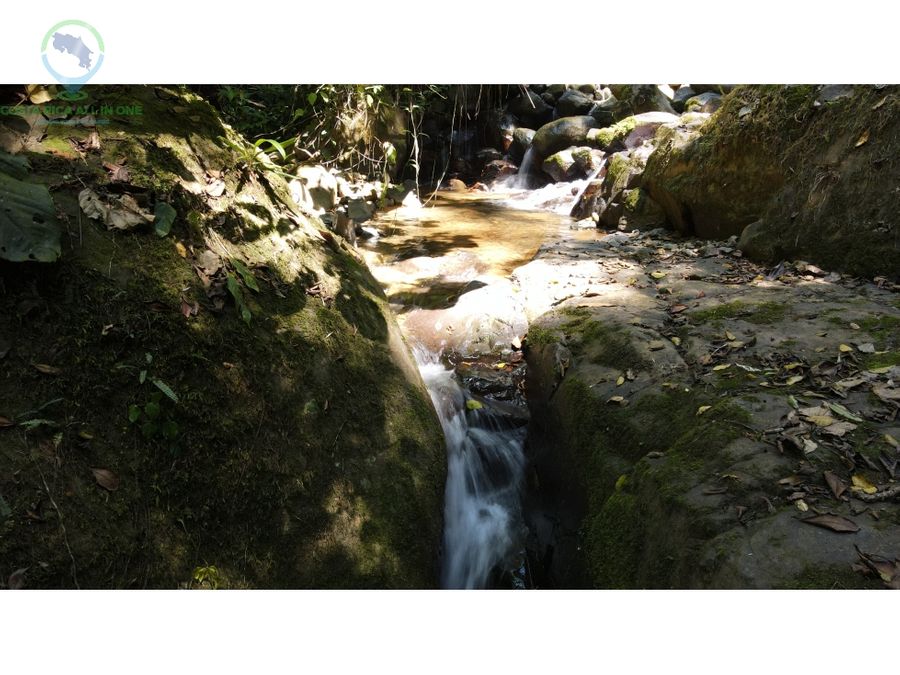 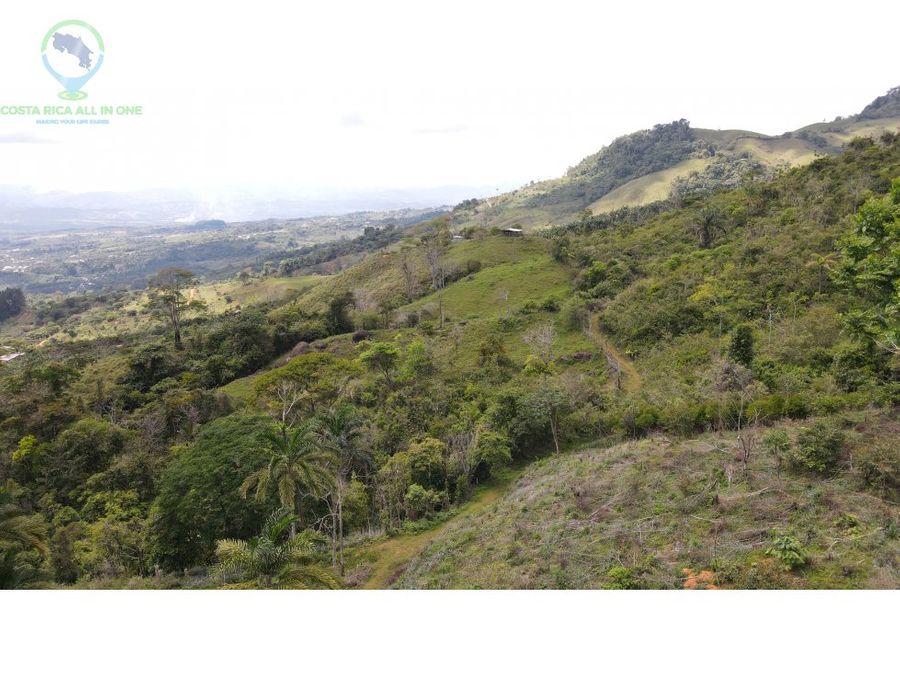 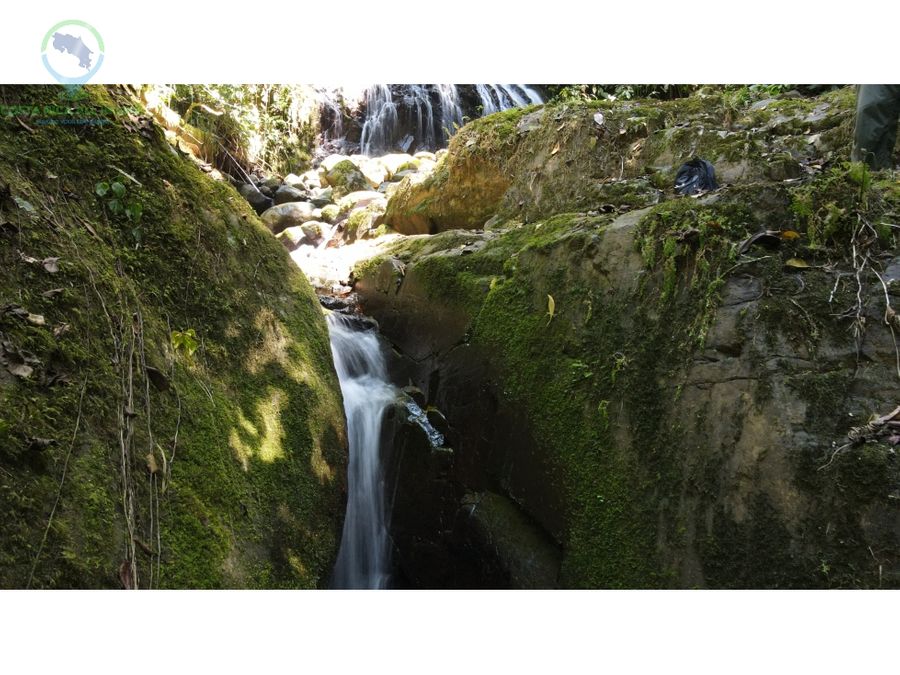 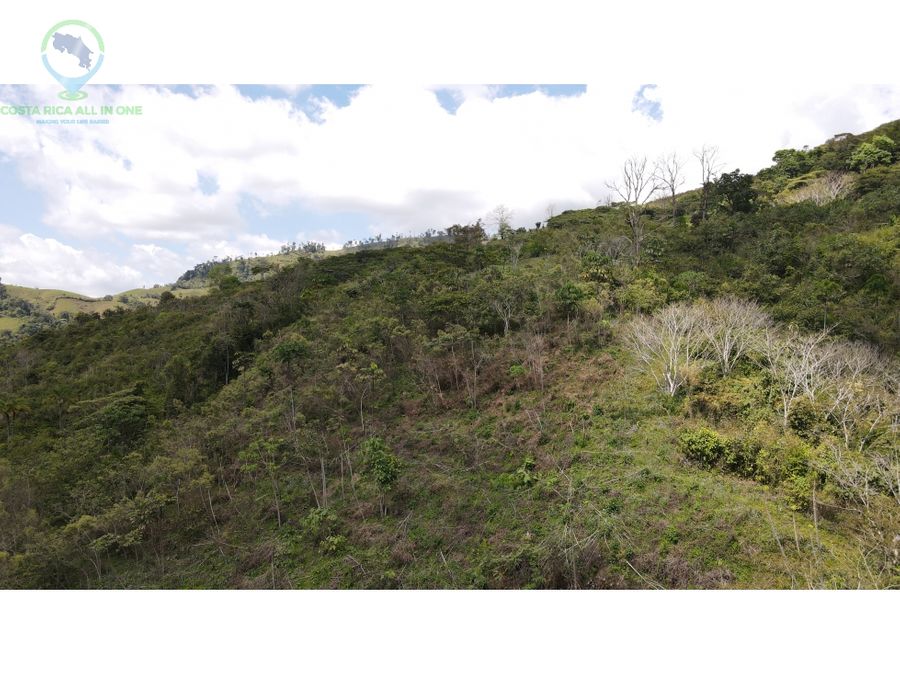 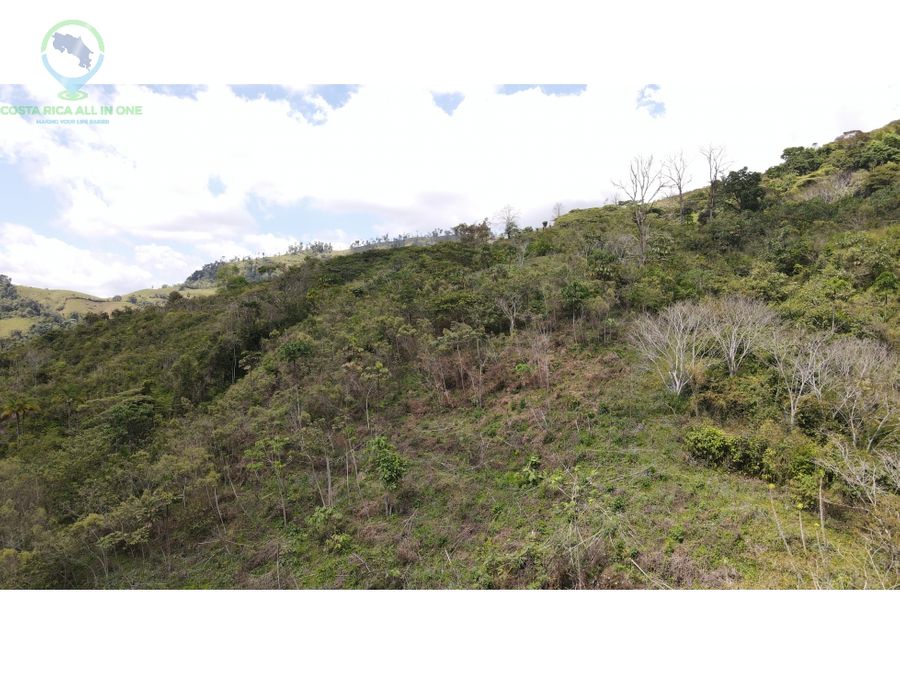 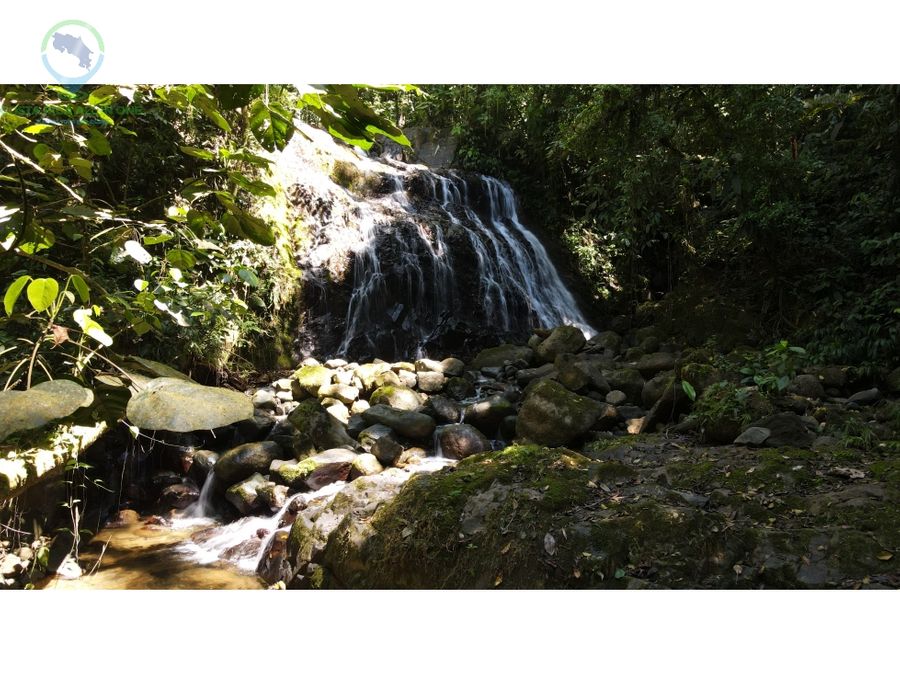 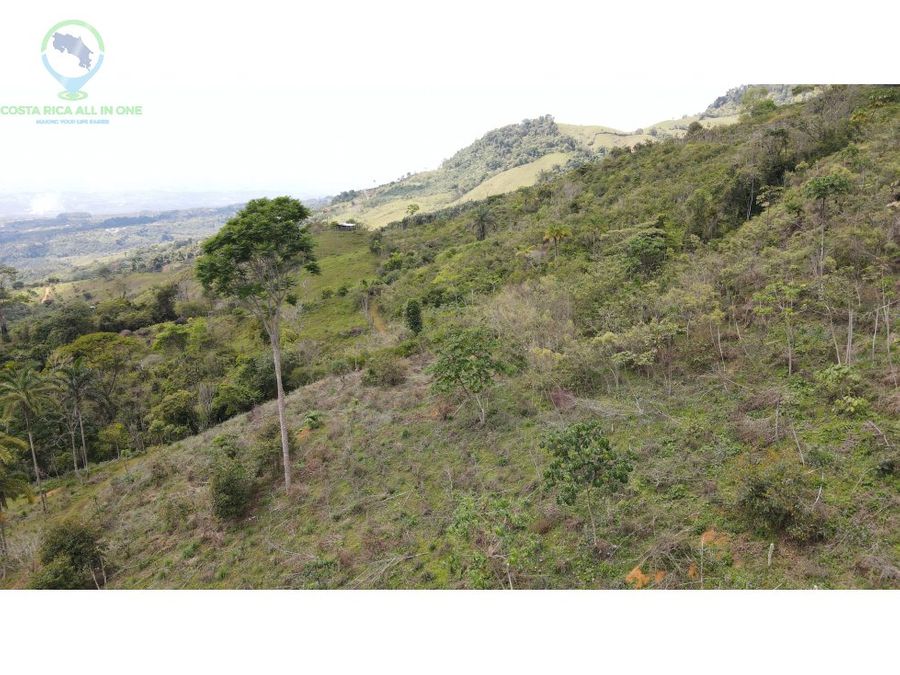 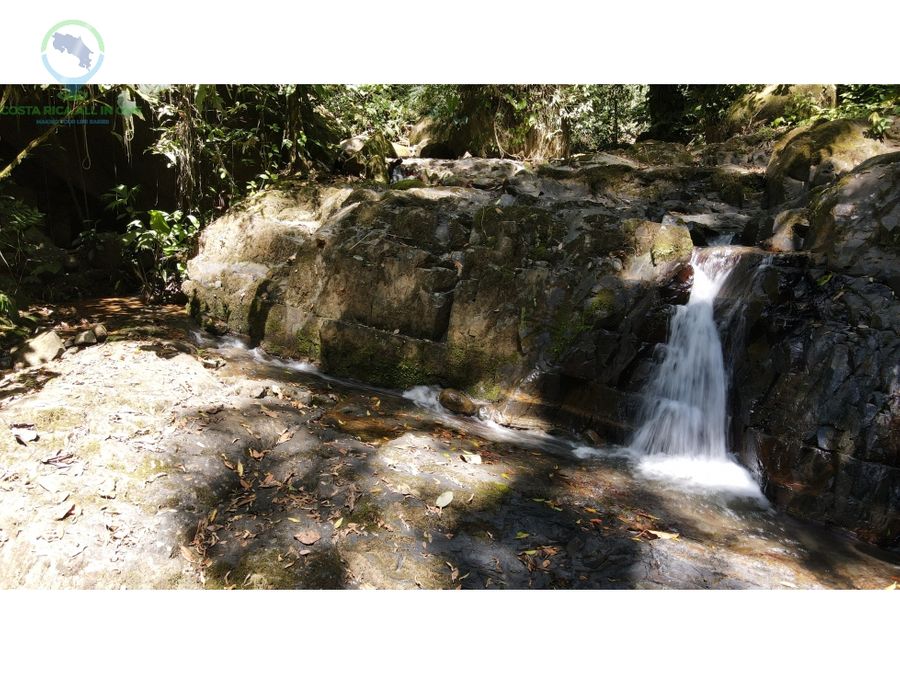 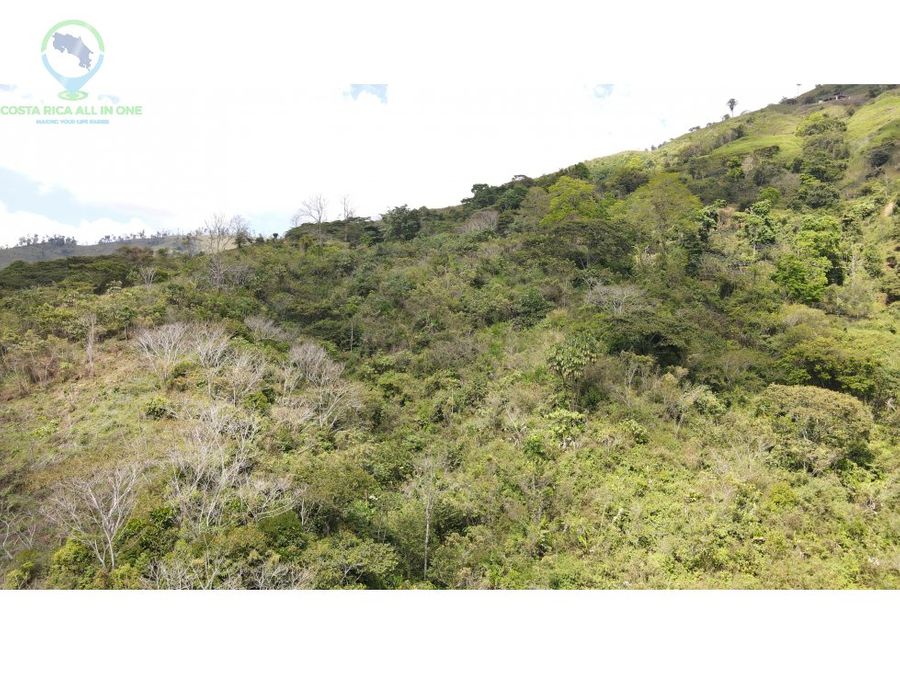 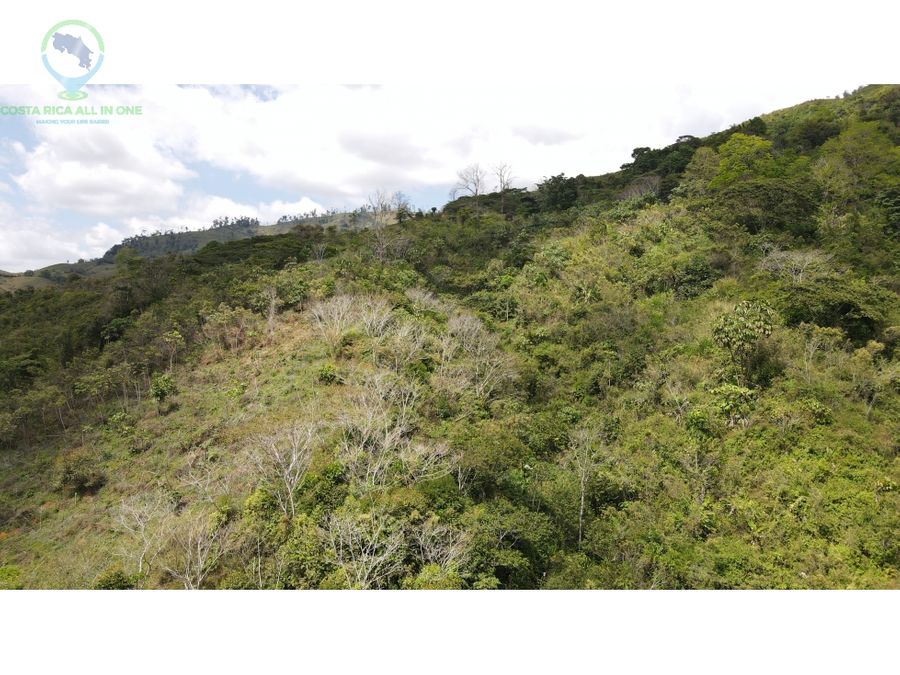 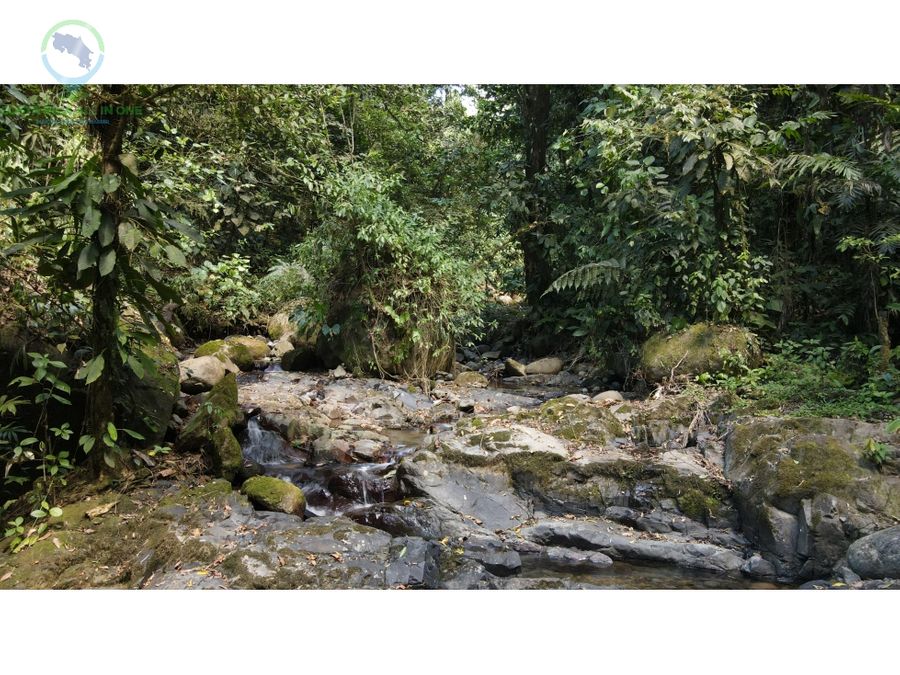 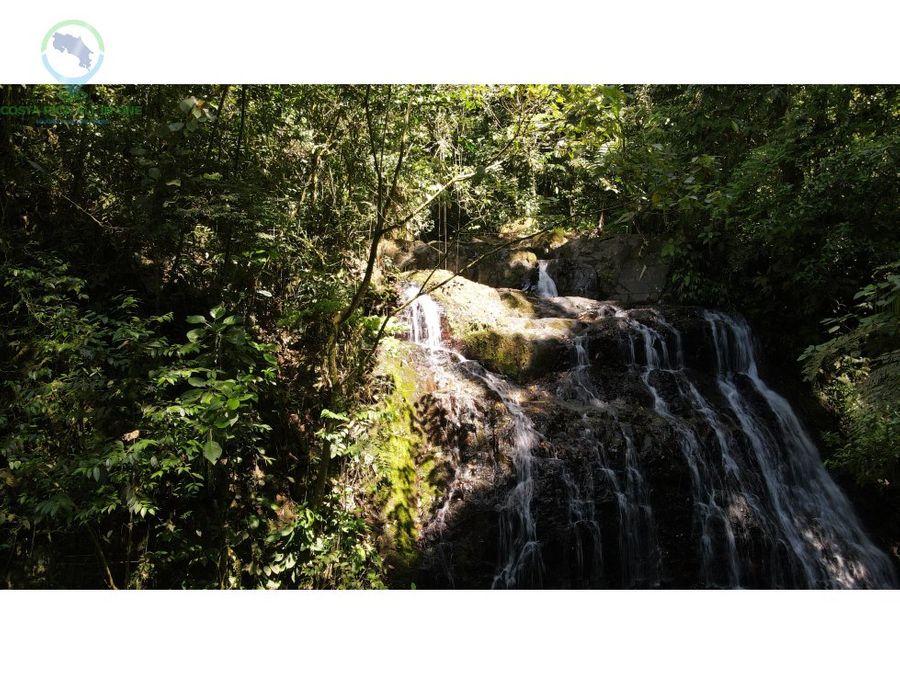 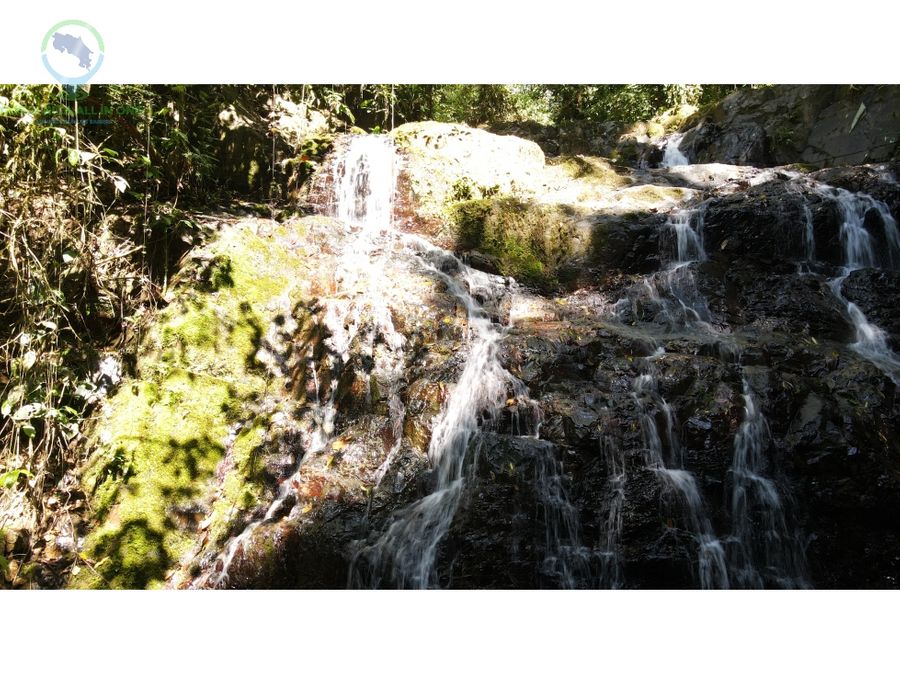 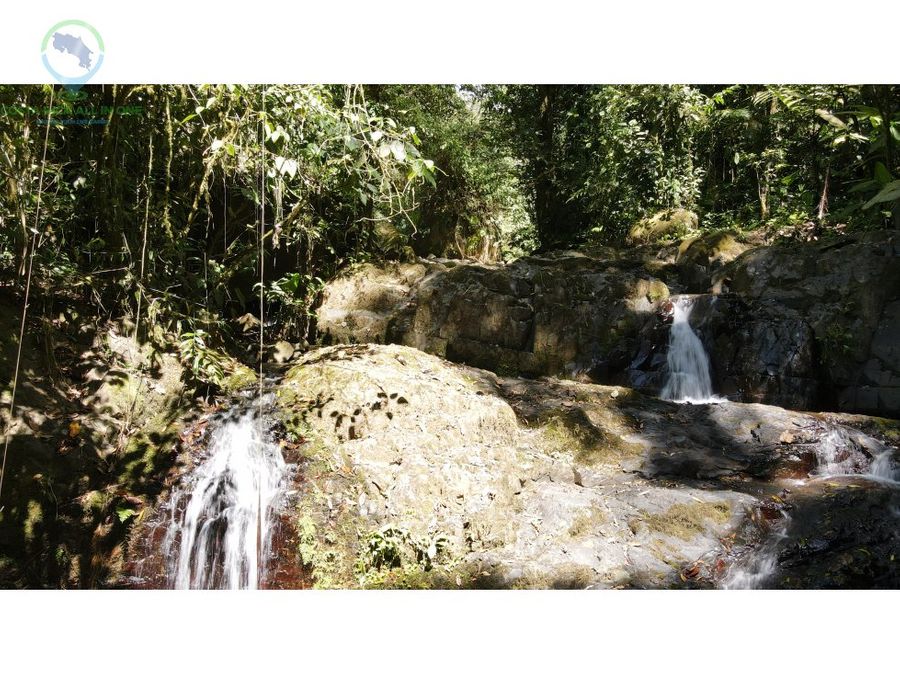 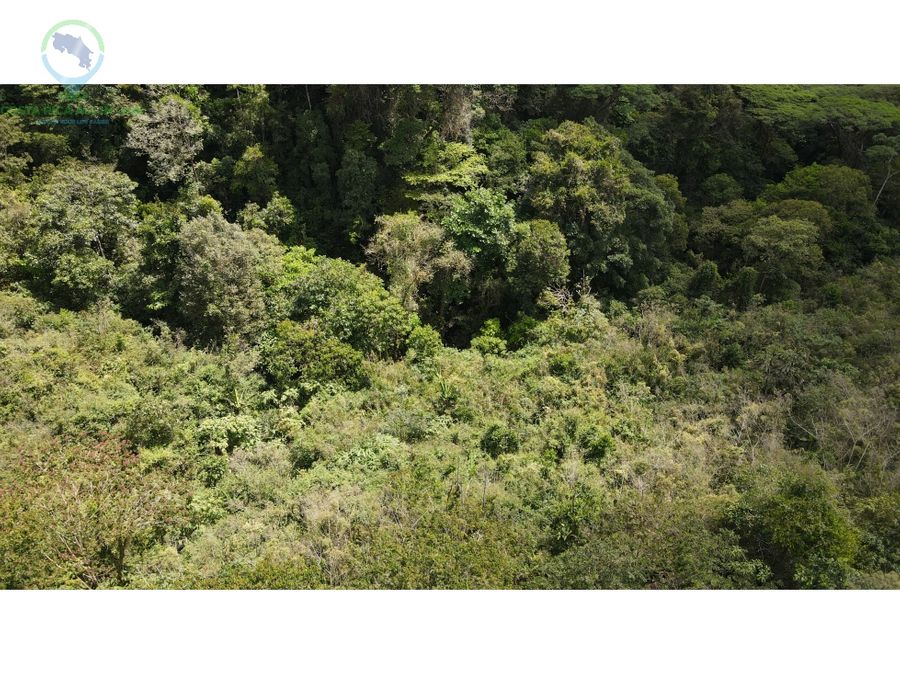 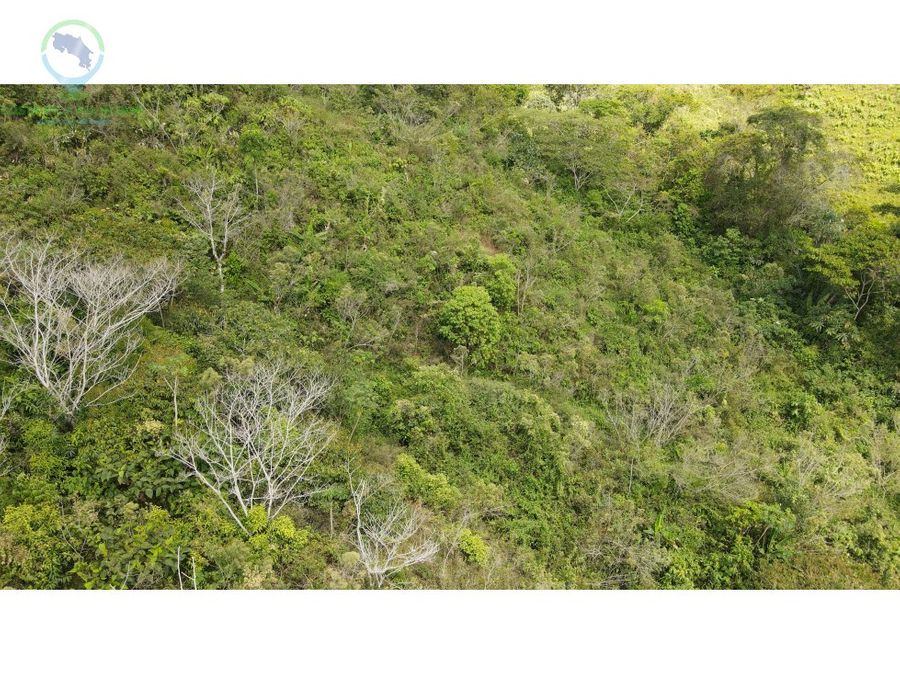 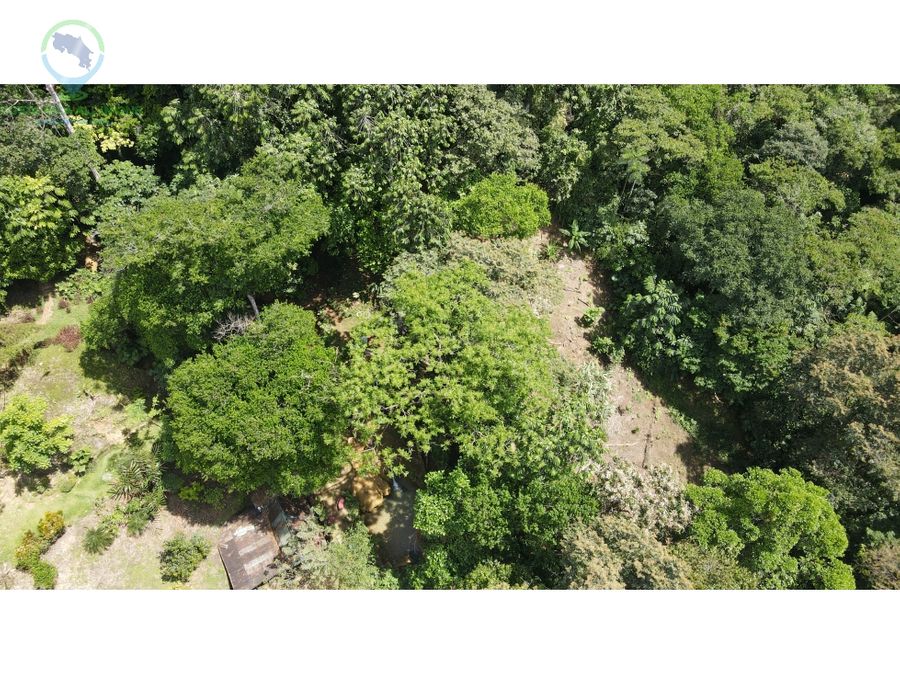 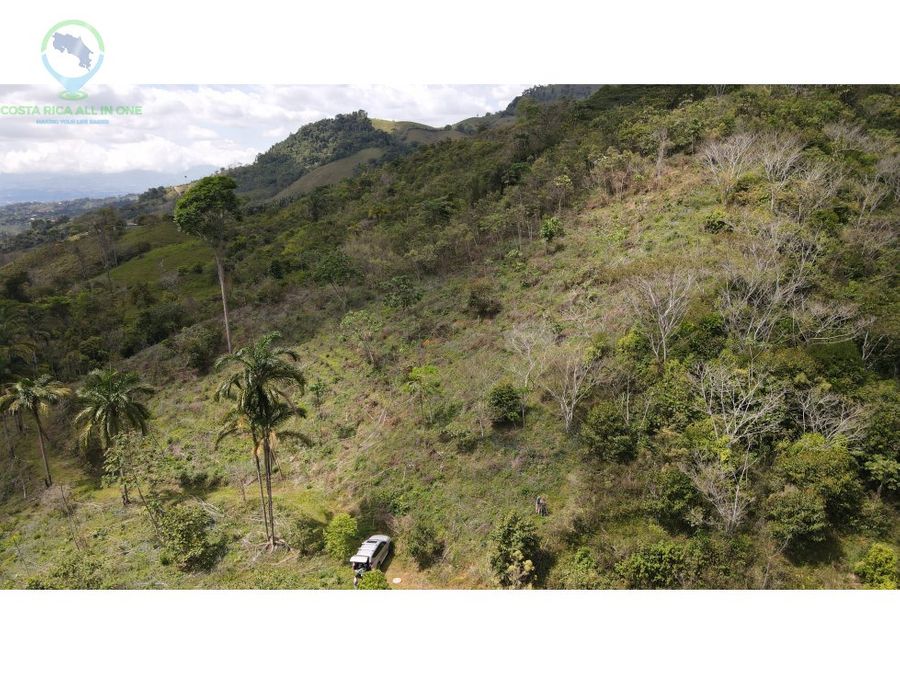 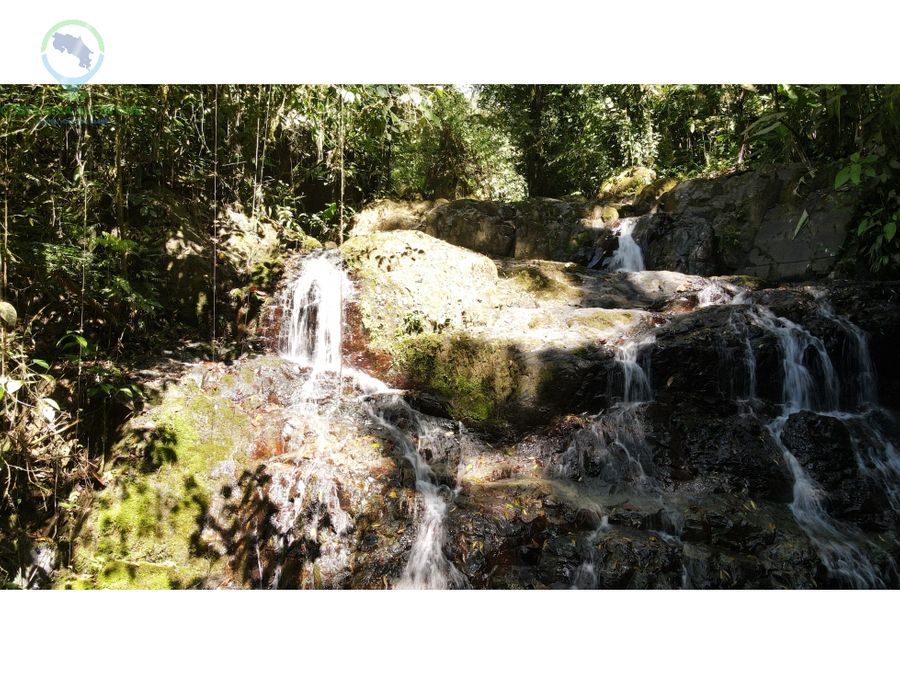 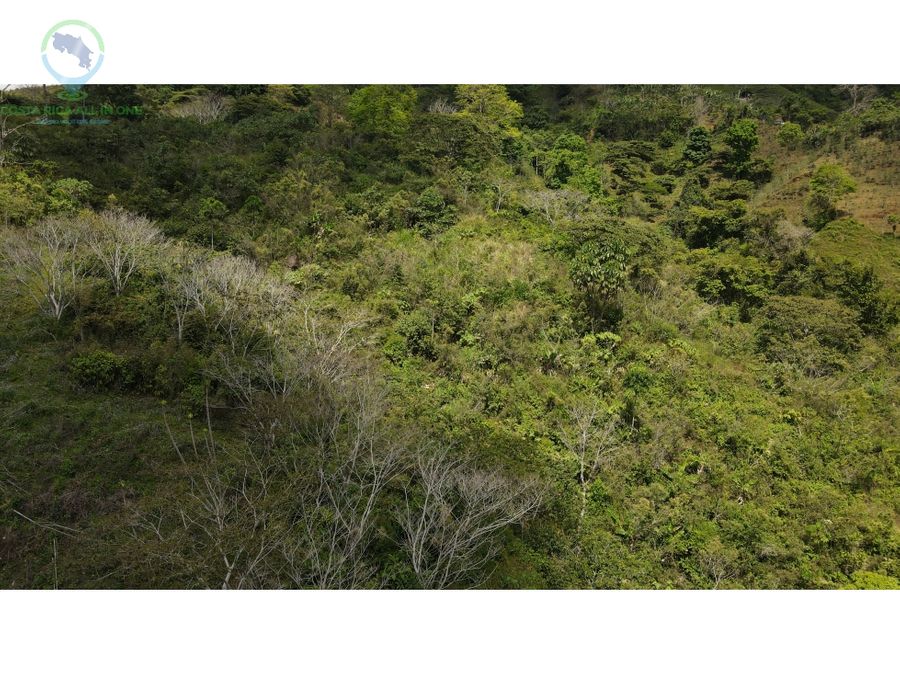 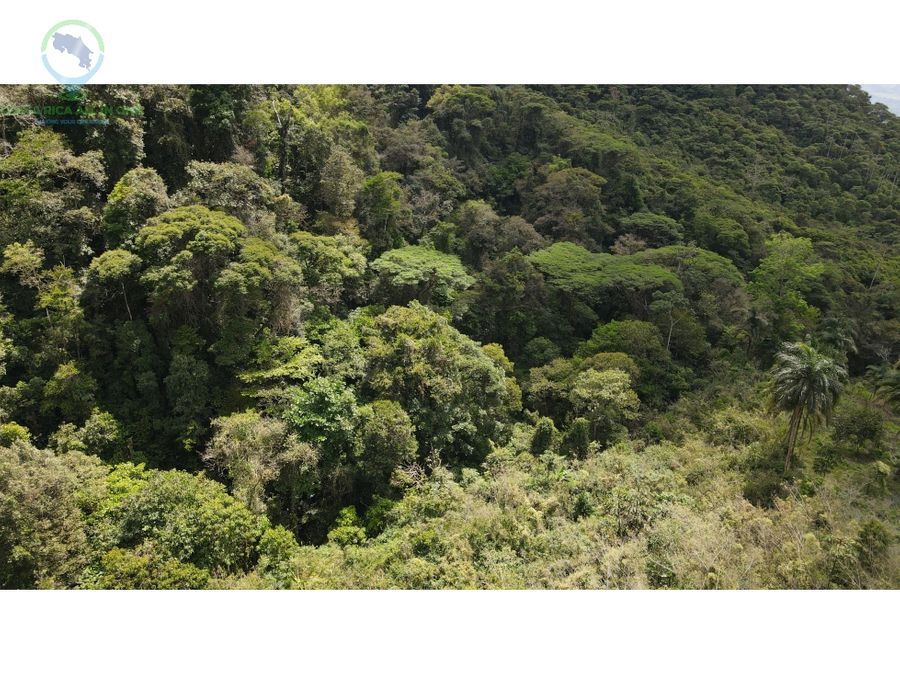 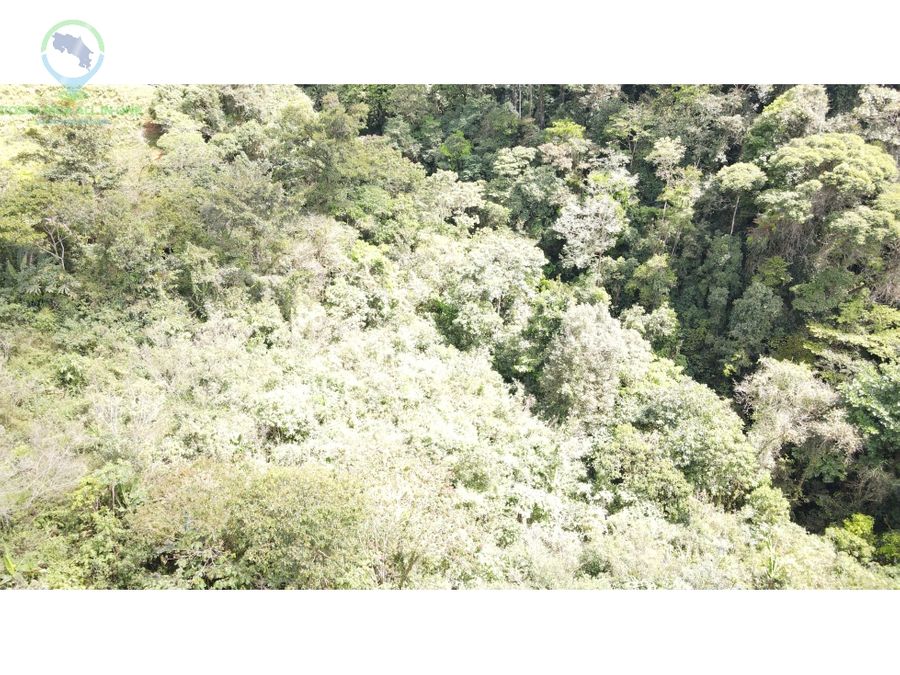 This is a property nested in Zapotal de San Jeronimo, is a place to retire, away from the busy life of any city and close enough to all the services of a city like Perez Zeledon can give you. The property is suitable to retire, to have a small Farms, a retreat, a natural Spa due to the beauty of the waterfall in the property.

The community Zapotal of San Jerónimo is located  45 kilometers northeast of San Isidro de El General in the district of San Pedro.  It is bordered to the north by Chirripó National Park, and it sits at the end of two entering roads: southwest from San Rafael de San Pedro and Southeast from San Pedro de Zapotal.  San Jerónimo is located in the foothills of Cerro Chirripó between 1,200 and 1,500 (4,000 and 5,000 feet) meters above sea level, nestled in the rolling mountain slopes. The climate is near perfect, boasting cooler temperatures due to its higher altitude. The local scenery is picturesque, the mountainsides,  a mosaic of small coffee farms and jungle, the air teeming with sounds of rushing water and bird song, as waterfalls cascade down mountainsides in the distance. Needless to say, this tranquil mountain town is a hidden gem.

What we know today as San Jerónimo was first settled in 1948. The first and only primary school was founded in the year 1962, it had only one teacher, Omar Vega Chavez, who previously was a Senator of Costa Rica, for all six grades. The first church, which was hardly more than a shed, opened in 1964. The first general store opened in 1965.  The first soccer field was made in 1970. The town received electricity in 1986 and a health center in 1989. The town receives it’s water from fresh mountain springs.

Throughout its early history, the people of San Jerónimo made their livings through livestock. In the mid-’80s coffee was first introduced and due to its high demand, many farmers swiftly began trading their pastures for small coffee farms. Today, coffee is the economic driver of the community, with a majority of households attending small farms. Due to its altitude and climate, San Jerónimo produces coffee beans of excellent quality, a true treat when enjoyed in such scenic surroundings.

San Jerónimo is a picturesque mountain pueblo, perfect for your next vacation. No matter what you are looking for. Pure adventure, family tradition, friendly people, serene nature, delicious coffee, cascading waterfalls, towering mountains, pristine rivers, tranquil escape, welcoming smiles, all this and more is San Jerónimo: the entrance to paradise.

Send to a friend

Costa Rica All in One Whatsapp
Today
Hi. How can I assist you today?
©2021 costaricaallinone.net, all rights reserved.
Powered by: wasi.co